Tena – Chronicle of a Beauty Ruined

This classic of Croatian literature critically dives into what it observes as being the visible degradation of traditional values; but the text also displays an awareness of how voiceless women characters, born and raised from a patriarchal word, have to make way for women who decide, and who act upon their decisions. Thus the protagonist Tena verbalises her feeling for freedom with the exclamation: “... I am I; everything that is on me, is mine!”, whose echo reverberates on to this day. In addition to this, the author Josip Kozarac wasn’t so focused on the mentality, as on the actually existing state of the economy and society before him – the degradation of village communities, viceroy Khuen-Héderváry’s reign of terror and senseless overexploitation of local forests by rich men from further afield... The protagonist can thus be read as a metaphor, a stand-in for the richly wooded region of Slavonia, in a place of “wealth which is wasted lavishly,” – thus we are before a work capable of making space for a variety of approaches and discussions on a complex subject matter. Kozarac’s novel Tena has been theatrically adapted by Borislav Vujčić, becoming a real theatrical piece, where the prose original is used as a foundation for new artistic material which combines realistic, dialogic scenes with a interestingly ethnological approach, in addition to offering a feeling for the ancient, almost mythical inundation of 19th century melodramatic texts. With elements of a choreodrama, a colourful chorus-like polyphony in social expressionism, Vujčić’s version of Kozarac’s Tena is set in tune to a particular dramatic register, dynamically offered as a play to the actors and the director to reflect upon… 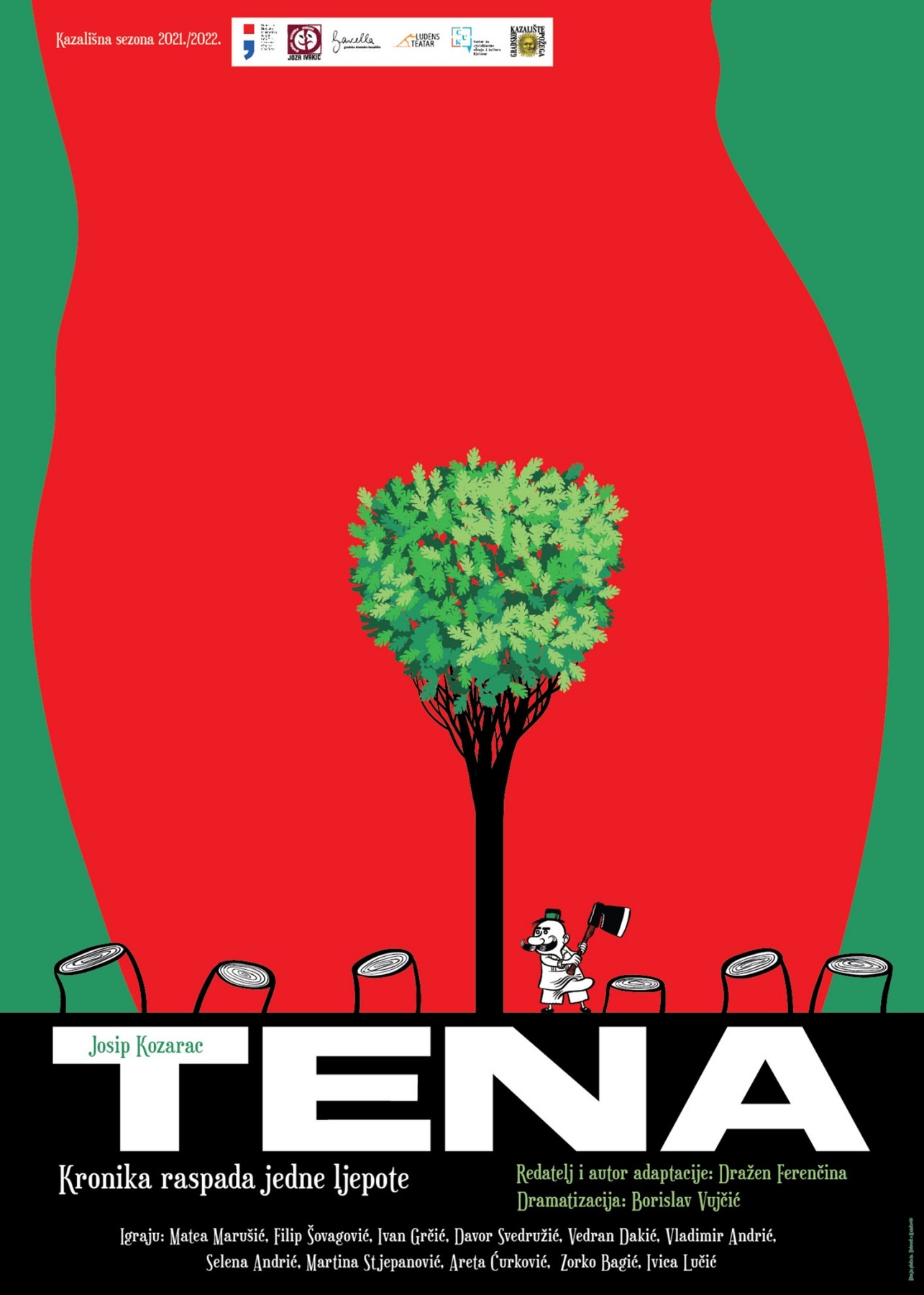